Past, Present and Future of Caledonian Park

The Clock Tower at the heart of today's Caledonian Park was constructed near the site of a 17th-century manor house, Copenhagen House, which subsequently operated as an Inn. This building stood isolated in open fields used for recreation which stretched down to the edge of London at Kings Cross. This area was also the scene of political demonstrations, the most famous of which in April 1834 was in support of the Tolpuddle Martyrs, agricultural labourers deported to Australia after forming a union to protest at reducing wages, being convicted under an obscure law for the secret oath they swore. 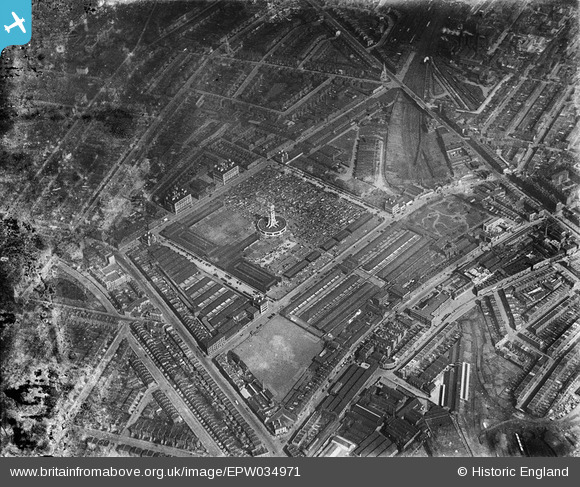 The imposing Grade-II-listed Victorian Clock Tower and fine listed railings and gates to the south and east of the park, and the name of Market Road to the south, are signs of the park's previous incarnation as a livestock market to replace the overcrowded Smithfield Market. The Metropolitan Cattle Market was opened by Prince Albert in 1855 and operated, apart from a break during World War II, until its slaughterhouses closed in 1963. The famous associated Cally ‘flea’ market closed in 1939. The architect James Bunning, responsible for the market, the clocktower and the four pubs that stood at the corners of the market, three of which are still standing, worked mainly in Italianate style.

In 1970 Islington Council created Caledonian Park on about 18 acres of the former cattle market, by this time derelict. The park went through periods of neglect and became known for crime, prostitution, and burnt-out cars in the 1980s and 1990s. However extensive tree and shrub planting in 1980 now gives the park its tranquillity and provides habitats for wildlife. The park is a Borough Grade 1 Site of Importance for Nature Conservation, mainly for its woodlands, and offers woodland walks. In 2010 the Caledonian Park Friends Group planted a small community orchard to add to the biodiversity. The group is responsible for watering, pruning and general maintenance of the trees. The park has an extensive area of mown grass used for youth football training by voluntary groups, picnicking, sunbathing and dog walking. A circular path around the park is popular with runners.

In recent years, the park has benefitted from major investment and redesign on its northern edge. A new ‘natural play’ area was opened in 2010 and a section with formal garden spaces and extensive tree, shrub and herbaceous planting, intended for community use, was opened in August 2013. Caledonian Park Friends Group has planted and maintains two of these as nature gardens with planting attractive to bees, butterflies and birds, a hibernaculum, loggery and a wildflower meadow. Another community group based in the Drovers Age UK Centre is developing an ‘art garden’ with mosaic planters, sculptures and other art displays. Brecknock School grows vegetables in raised beds in another garden space and the Gower School pupils take a special interest in one of the woodland areas.

In December 2016, Islington Council was awarded a £1.87 million Heritage Lottery Fund grant to repair and make accessible the Clock Tower, park gates and railings and to build a Heritage Centre, providing information on the park's history, a café and toilets. The Cally Clock Tower Centre opened in June 2019, and the Tolpuddle Café opened in July 2019. For more information have a look at the Centre website or islington.gov.uk/caledonianpark.

Find out more about the history of the park and the local area in our booklet, available for £5 from the Friends stall (next event) or from tunstalls1@aol.com.